CWe have been receiving reports from Tanzania that the climax of the Great Migration is in full swing. Thousands upon thousands of wildebeest have arrived in the Northern reaches of the Serengeti and are now running the gauntlet of avoiding lurking crocodiles and hungry lions as well as battling against the raging current of the Mara River.

To witness a river crossing is arguably the most incredible wildlife spectacle on the planet. The sounds, smells and sights create a sensual overload, and it is no wonder that it brings many to tears the first time such a sight is observed. Seeing a crossing however is all about patience, take a look at our video by safari consultant Sam who was in the Serengeti last October:

Contrary to popular belief, the Mara River is not the boundary between Tanzania and Kenya, instead the river runs in and through both countries meaning both sides of the river can be accessed no matter the country you travel to. With most camps based in the Kogatende region of the Serengeti, for those wishing to venture to the Lamai wedge, it is well-worth it!

Currently, river crossings can be seen in both Kenya and Tanzania, however as the season progresses towards the end of September, crossings will be limited to only Tanzania.

Another myth worth dispelling is that all the wildebeest enter the Maasai Mara. In fact only about a quarter of the wildebeest enter Kenya’s famous National Reserve, meaning the Serengeti is the best place to see these crossings, and for a longer period. Although Tanzania’s most famous National Park is logistically harder to access than the Maasai Mara, this results in fewer visitors and a more intimate crossing experience. 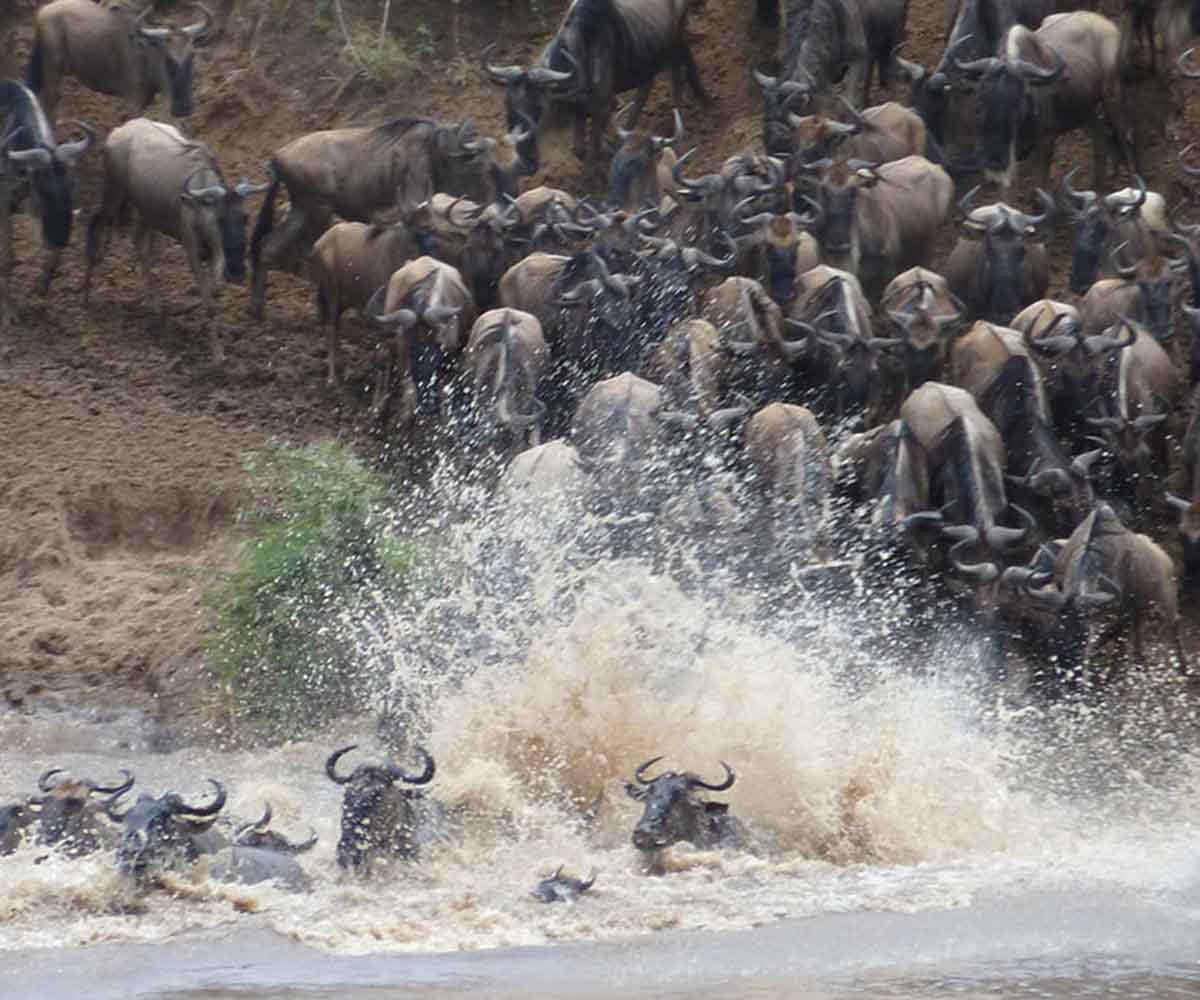 With so many wildebeest in the area, the rain patterns will discern where these ungulates go during these months. Often the herds criss-cross across the Mara River, crossing multiple times, in search of pastures greener. With weather patterns becoming ever more unpredictable, you can be sure of some incredible crossings no matter when you go between the end of July and the middle of October.

As we hear and see more of the events in Northern Tanzania, we will keep you updated.