There is no doubt that the ongoing global pandemic has changed the world, especially with regard to travel, but slowly things are beginning to change. After closing its borders at the beginning of March, Tanzania has been open for tourism for several weeks now, and our director Marc Harris went to see first-hand what a safari looks like in 2020.

On arrival into the country, temperature checks were undertaken, there were no queues and hand sanitizer stations were abundant throughout the airport. For the internal flights, the plane is disinfected at every major stop, and at all camps and shops, temperature checks were made by staff wearing masks, and hand sanitizer was freely flowing.  Indeed, the time he felt most at risk was going into a supermarket after returning to the UK. 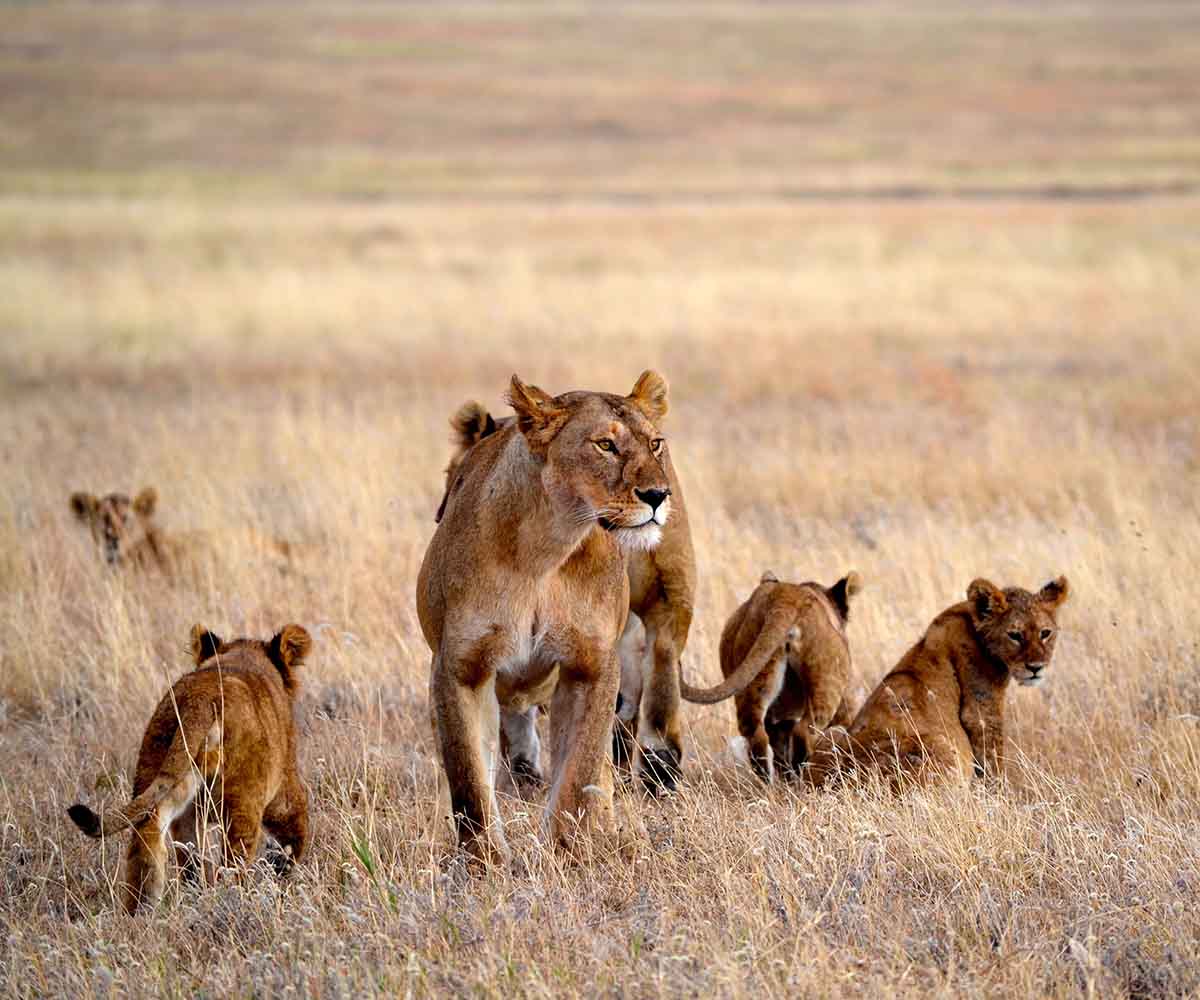 As well as the international flight being maybe only 10% full, the north of Tanzania is largely empty – from tourist numbers of up to 2,000 a day in high season (now) he was the only tourist in the Ngorongoro Crater, and with the exception of one American couple and a handful ex-pats from Dar es Salaam. In the Serengeti the camps were largely empty.

Covid statistics are not easy to come by, but from talking to locals and residents, word on the street has it that the hospitals were close to being overwhelmed in March and April, but now the COVID wards are empty. After a very strict lockdown COVID seems to have been brought under control, especially by the use of masks at all times, sanitizer and proper social distancing (unlike the mixed messages in the UK).

Below you will find some of Marc’s highlights: 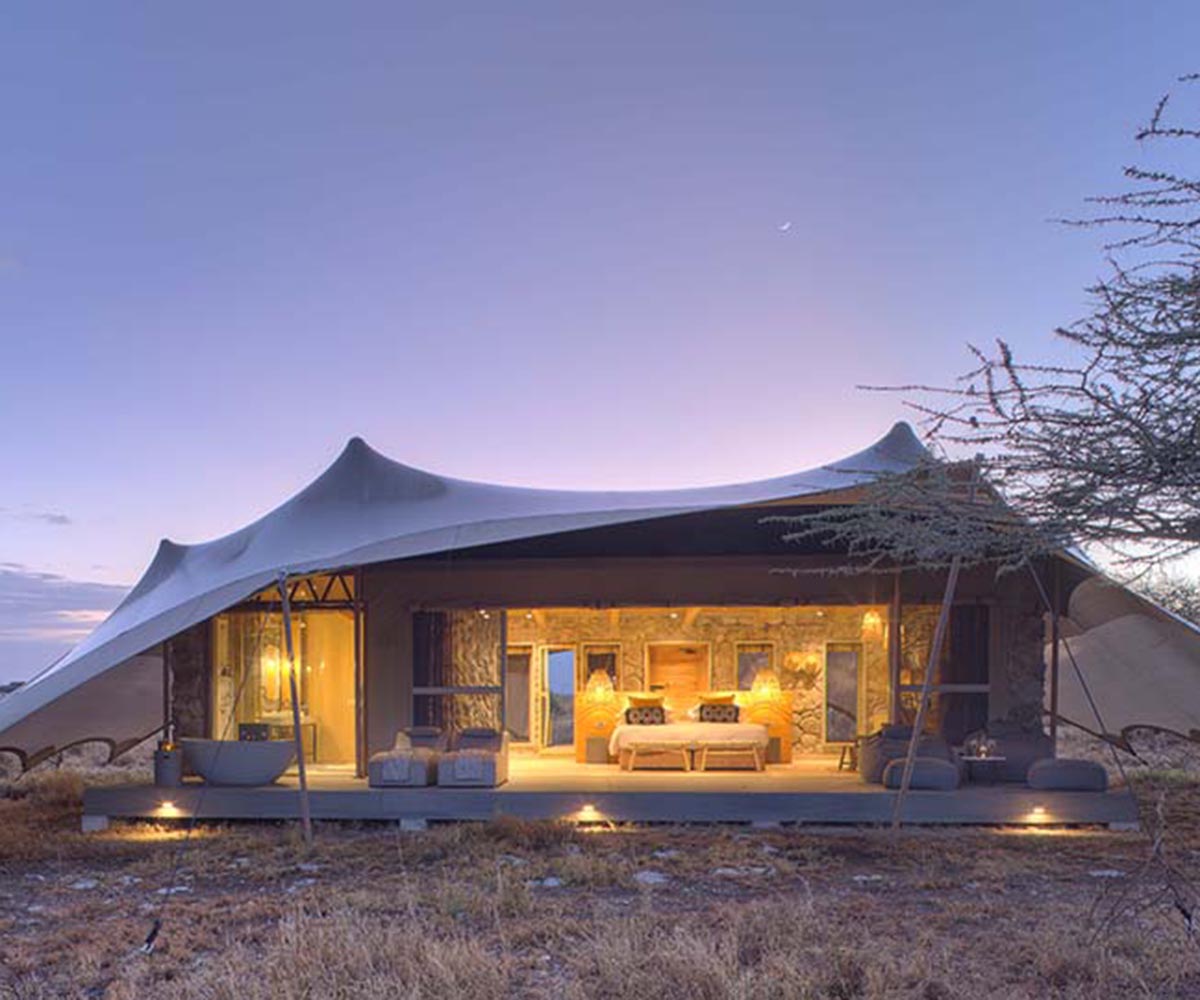 Namiri Plains is situated in a remote part of the Serengeti. Far away in the East of the National park, the permanent camp sits over an hour away from any other lodge. Only recently opened for tourists, the East was where Serengeti cheetah researchers were based and the result has been a thriving predator population.  Take a look around the new Namiri Plains. 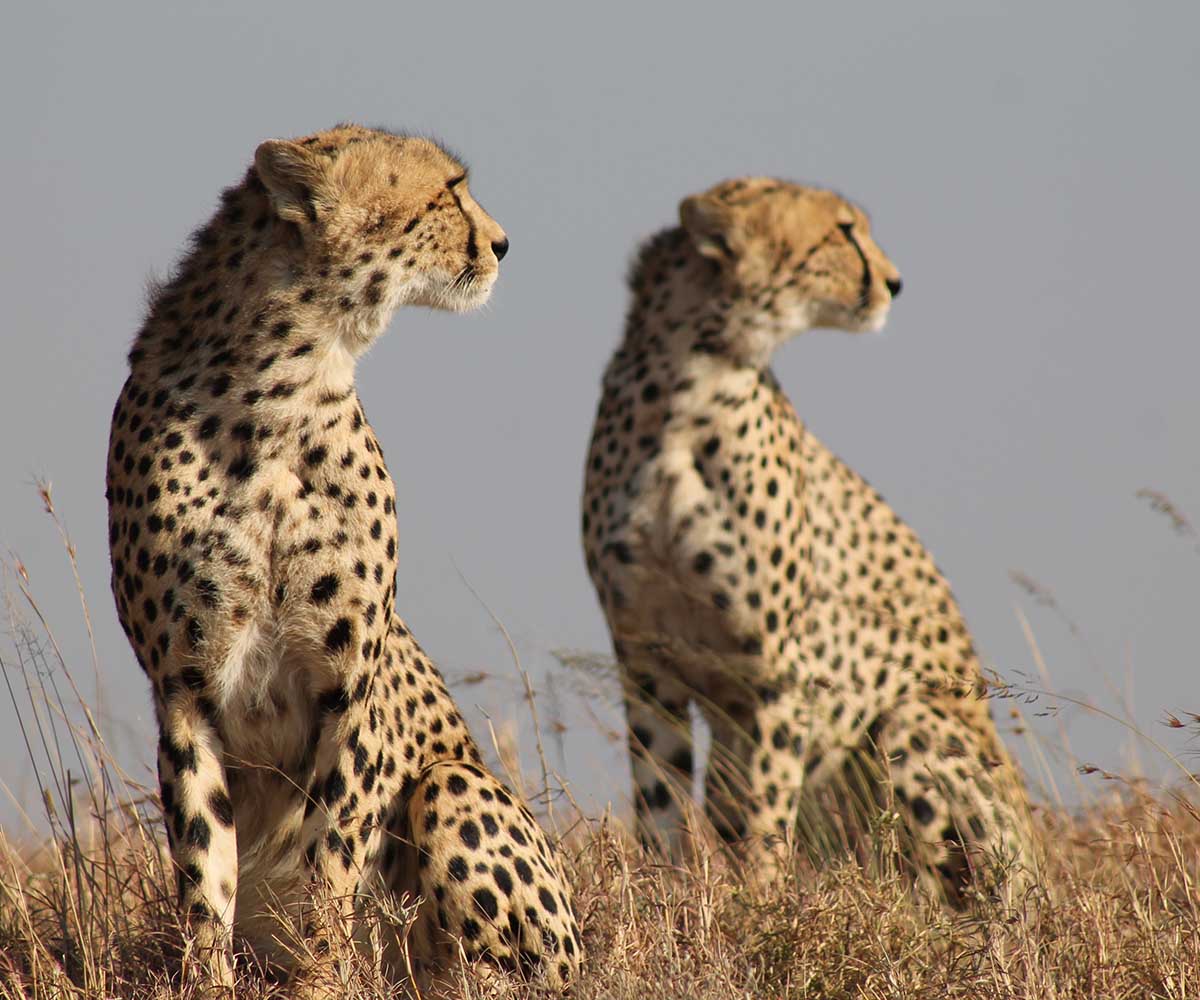 Cheetahs on the lookout. © Marc Harris

Whilst staying here, Marc was lucky enough to see multiple cheetah hunts – including 5 kills in 24 hours, and some brilliant sightings of lions. From very young cubs suckling and being groomed, to prides with over 20 cubs, Namiri certainly lived up to its repertoire as being a predator paradise. 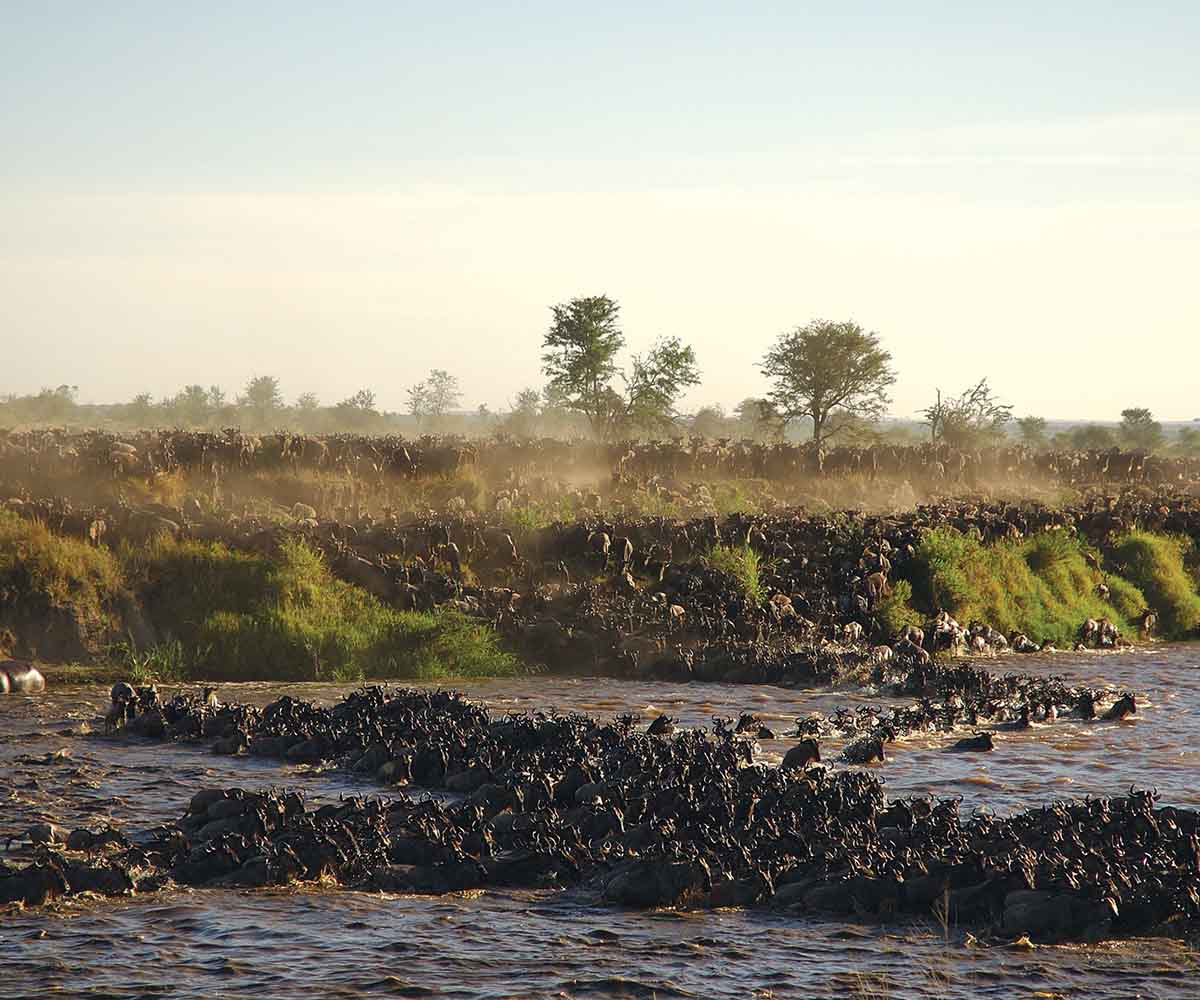 Venturing up to the North of the Serengeti, Marc stayed at the newly refurbished Sayari. With it being the end of July, the river crossings were in full force as the millions of wildebeest migrate across the Mara river in search of greener pastures. Where there is prey there are of course predators. Crocodiles lurked beneath the murky surface of the river and lions and leopards waited patiently to ambush the unsuspecting antelopes. As well as multiple crossings of thousands of wildebeest, Marc was lucky enough to find a leopard seconds after it had made a kill before it stashed it out of sight. 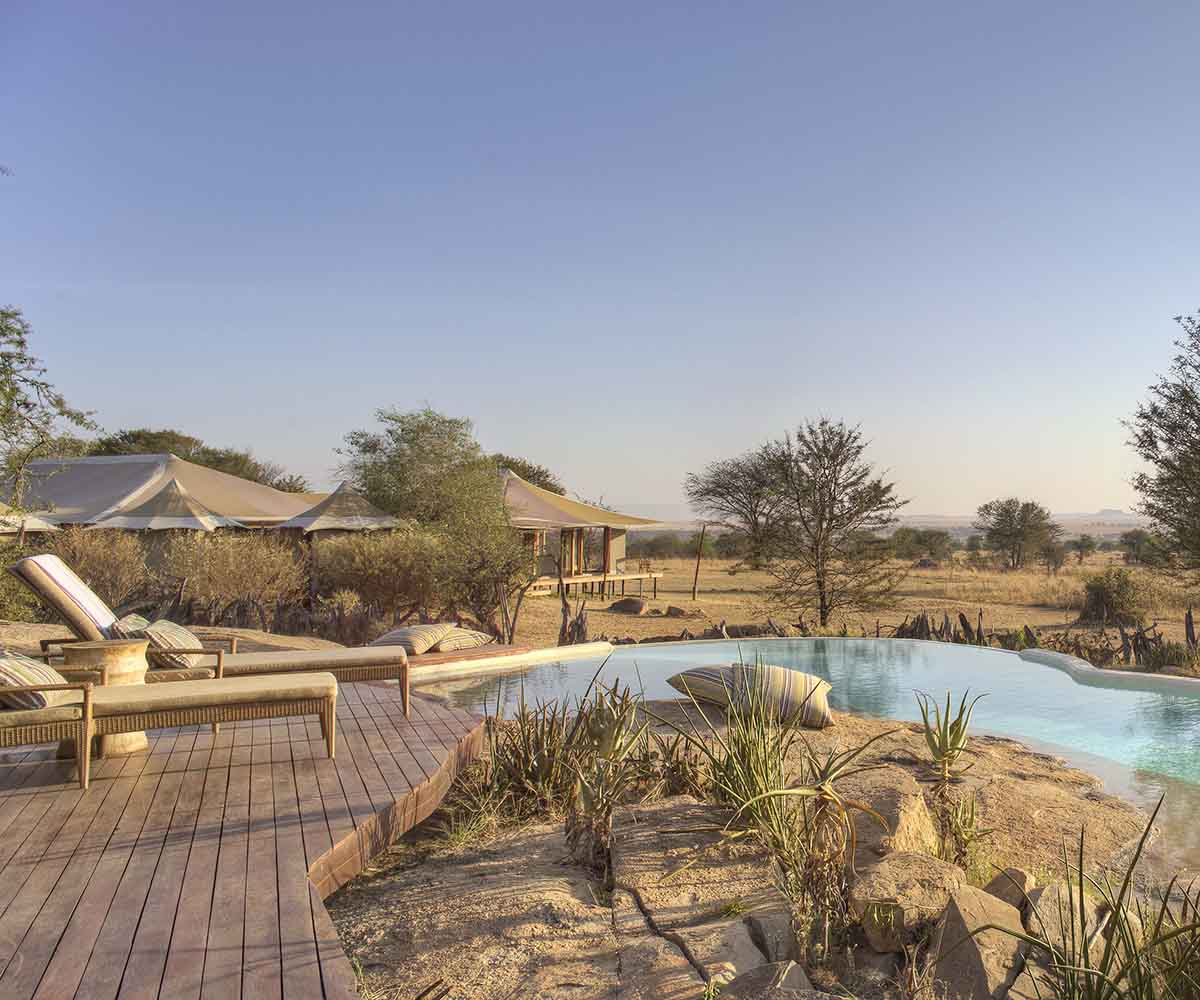 Although travel may seem like a distant dream at the moment, it is possible. Tanzania has ensured strict regulations are enforced to make it as safe as possible to enjoy an East Africa safari this year. And it really is the perfect time to go. With very few vehicles out on the plains, sightings (especially river crossings) are very personal and intimate, allowing for the best photographic and video opportunities.   Interestingly although the FCO still has a blanket ban in travel in place (apart from to mainly European destinations) the US State department has lifted the ban, and we really hope that the UK will follow suit.

Here are the full highlights, make sure you subscribe!

To say thank you to all of the key healthcare workers across the world, one of our suppliers, Asilia, are offering up to 70% off their accommodation across Tanzania so if you have any questions or queries about travelling to Tanzania, or anywhere else in Africa, make sure you contact us