All about visiting Tanzania

All about visiting Tanzania

Tanzania vacations should be perfect and planning one can seem like a daunting mission – there is a lot to consider.  Here we will tell you what we think you need to know about your planning a Tanzania safari in general, advice not specific to any particular park or lodge… And as always, if you have any particular questions, do just give us a call to chat to an expert. 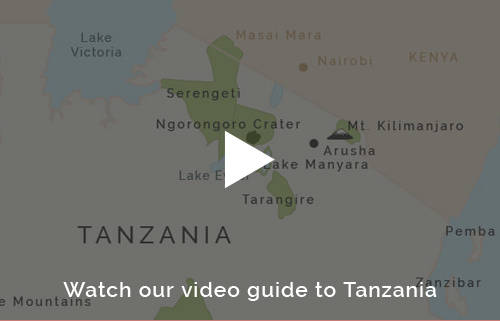 Build itinerary nowTalk to an expertRequest call back

Chimpanzees in the wild


All about visiting Tanzania


This relatively small African country has some of the largest herds of wild animals on the planet, and, in places, some of the highest concentrations of predators. Wildlife spectacles are guaranteed in such areas as the volcanic caldera at Ngorongoro, where animals inhabit the bowl-like lush environment in exceptional numbers, and across the apparently endless plains of the great Serengeti. The great thing about Tanzania is how easy it is to combine its many spectacular aspects, from inland safari to blissful beach hideaway.

Tanzania is a country that earns many superlatives, and the while the Serengeti National Park, Ngorongoro Crater and Mount Kilimanjaro - three of Africa’s top five destinations – tend to steal the limelight, the lesser visited parks in the south and west of Tanzania are seriously worth visiting, and safaris in the wildly different parks of Selous, Ruaha, Mahale or Katavi can be equally as memorable and exciting, and more private.

The same can be said of its beaches. This is a country also characterised by its vibrant Swahili coastline, from the more famously renowned islands of Zanzibar to lesser known reaches of its mainland coast. Dotted with islands large and small, inhabited and deserted, the Indian Ocean beaches here are fabulous, punctuated with coconut trees originating from the days of the Sultans, and swathed in white coral sands.


No less spectacular than its wildlife is Tanzania's astonishing range of landscape and scenery: majestic Mount Kilimanjaro, the beautiful lush green Ngorongoro Highlands, the Serengeti's iconic vast grassy plains studded with the occasional Acacia tree, the stark and dramatic scorched red earth of Ruaha, and not least its stunning Indian Ocean and Zanzibar coastline, with sparkling blue waters lapping at the white sand shore under swaying palms. The range of beaches here provides something for everyone, from the ultimate island hideaway to a full range of watersports options on Zanzibar island.

What accommodation can I expect on a Tanzania Vacation?


For many of us, the words 'tent' and 'camp' conjure up alarming images of soggy sleeping bags on lumpy ground and non-existent, or very basic, bathroom facilities...

Happily, safari-style tented camps occupy a different league entirely.  Usually built on a concrete or wooden base and fabulously appointed inside, the 'tents' are only so-called because the walls are made of canvas.  In all other respects these are luxurious little cottages, fully furnished with proper beds and linens, and fully-plumbed bathrooms with proper loos - although some mobile camps in the Serengeti which follow the Great Migration lack permanent plumbing, and offer bucket showers instead.

We absolutely love tented camps, and in fact prefer them to more traditional lodges.  They feel much more adventurous and closer to nature – and nothing beats lying in bed at night on your Tanzania safari holiday listening through the canvas to lions roaring, hippos honking and jackals howling!


How long should I go on safari for?


We generally recommend between 3 and 6 nights on safari – you need long enough to 'get' the experience and to see a good range of game, but a safari can be tiring (early starts, long distances, lots of time in the vehicle) and you don't want to get safari-ed out!  Two or three nights in each of two safari lodges, for a bit of variety of landscape and wildlife, also works very well.

What to wear on safari?


On safari, casual and comfortable dress is appropriate.  Days are often hot, and early mornings and evenings are often cold.  Several lightweight layers plus a warm fleece and jacket work well so you can adapt to changing conditions as the day goes on.  Long-sleeved shirts can also be useful to protect you from both the sun and mosquitoes.  Neutral colours are best - khaki, green, beige – not white (which won’t stay white for long!), nor camouflage which is associated with the military and might inadvertently provoke a negative reaction.  Most lodges do not have a formal dress code and there is absolutely no need to change for dinner, although most people like to freshen up a little after the evening game drive.   We will send you a suggested packing list before you travel to help you remember the essentials.


While the details vary slightly between camps / lodges, the typical daily routine on a Tanzania safari holiday is broadly as follows:


While we try and make our website as comprehensive as possible, if you would like some more background information, have a read through the Cadogan Guide to Tanzania and Zanzibar - Tanzania History Chapter, and Tanzania People Culture and Religion Chapter, written by one of our director’s Annabel. The most recent edition was published in 2005 so some of it might be slightly dated but generally it’s as comprehensive as they come.

For further information on why Tanzania is the ultimate getaway, please see our blog on why you should seemlessly combine safari and beach for a once in a lifetime holiday.


If you are sold on Tanzania, or simply would like some more information about it as a destination, please do just give us a call. Our experts would be more than happy to help you out! We will tailor make your experience exactly to your specific needs, and from the moment you enquire, to the moment you land back home after your holiday of a lifetime, don't worry - we've got your back. We can arrange every internal flight and transfer so as soon as you reach Dar es Salaam or Kilimanjaro airport, you are completely taken care of.