A few months ago our Managing Director Marc and his son embarked on an epic trip to Tanzania’s famous Serengeti. Whilst there, they visited a number of different camps including Alex Walker’s Serian, Nomad’s Serengeti Safari Camp and Asilia’s Namiri Plains.

The Serengeti is known for its famous wildebeest migration that sees millions of these herbivores follow the rains in search of greener pastures. The most famous part of this migration is the immense river crossings which see the wildebeest and zebra chancing their luck as they cross the Mara River. Huge crocodiles and strong currents all lead to spectacular drama and thousands of people flock every year to bear witness to this.

Away from the drama of the migration there are plenty of side stories that people often forget about. Big cats such as cheetah and lion don’t follow the migration and therefore have to make do with what is left around them. After the ungulates have passed through their territories prey options can be quite limited. Elephants and rhino still roam the plains as do the lesser seen felines like servals and caracals, yet these aren’t the best sources of food for a lion. 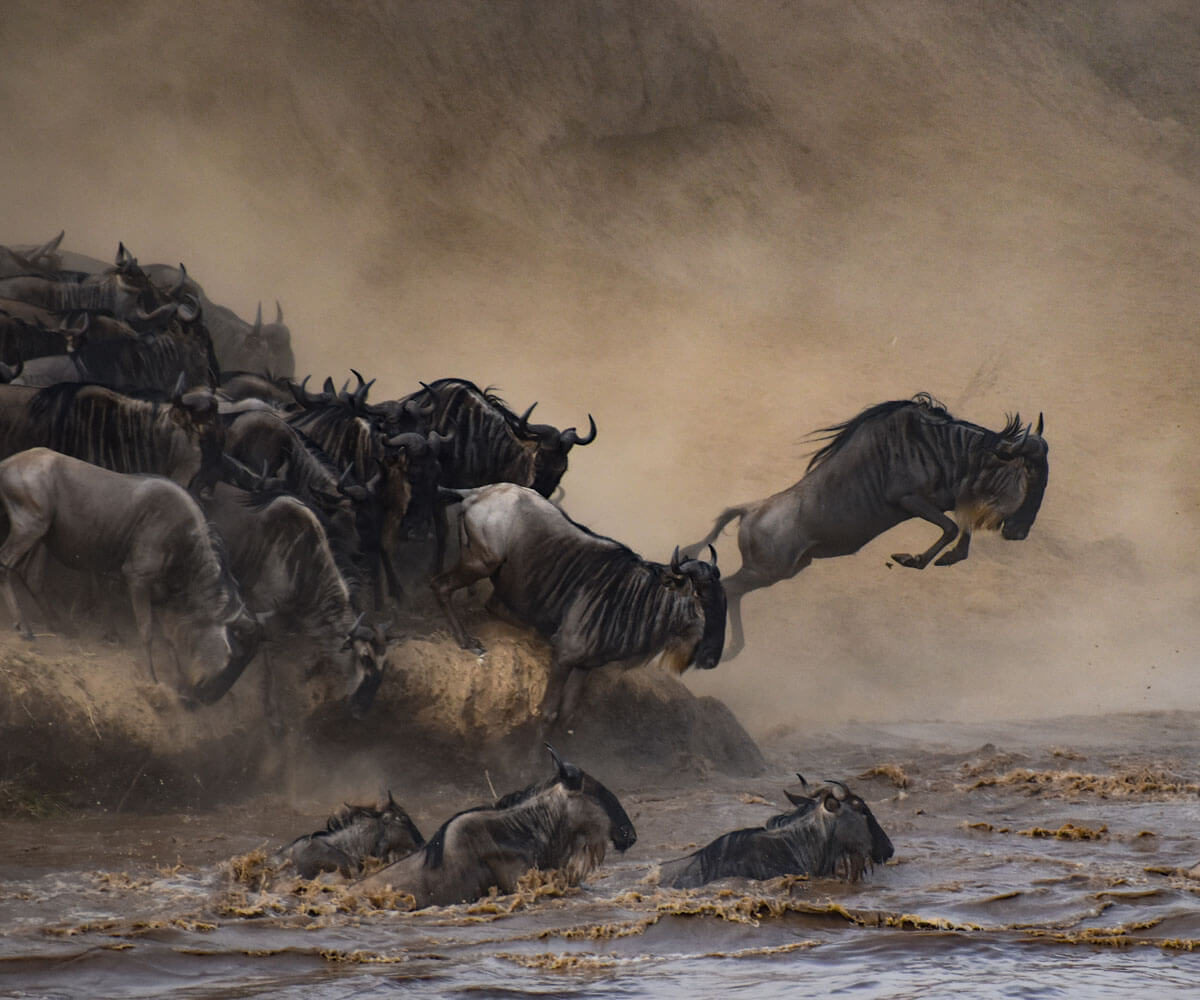 On Marc’s trip it was one of these side stories that caught the eye of millions!

Now it has been well documented in Botswana and South Africa that lions love to hunt buffalo, and buffalo love to retaliate against their nemesis. On an afternoon game drive at Namiri Plains, the guide decided to follow up on lion tracks that had been spotted earlier in the morning. As they manoeuvred around the low shrubs, a scene was unfolding that kept them on the edge of their seats until dark came.

A pride of lions numbering well over ten had stumbled across a lone buffalo bull. Also known as dagga boys, these buffalo are considered to be the most dangerous animals of all the Big 5, and rightly so. Their cranky temperament has seen many people charged and plenty of lions gored and killed over the years. Weighing in at about a tonne, they are certainly not easy prey. 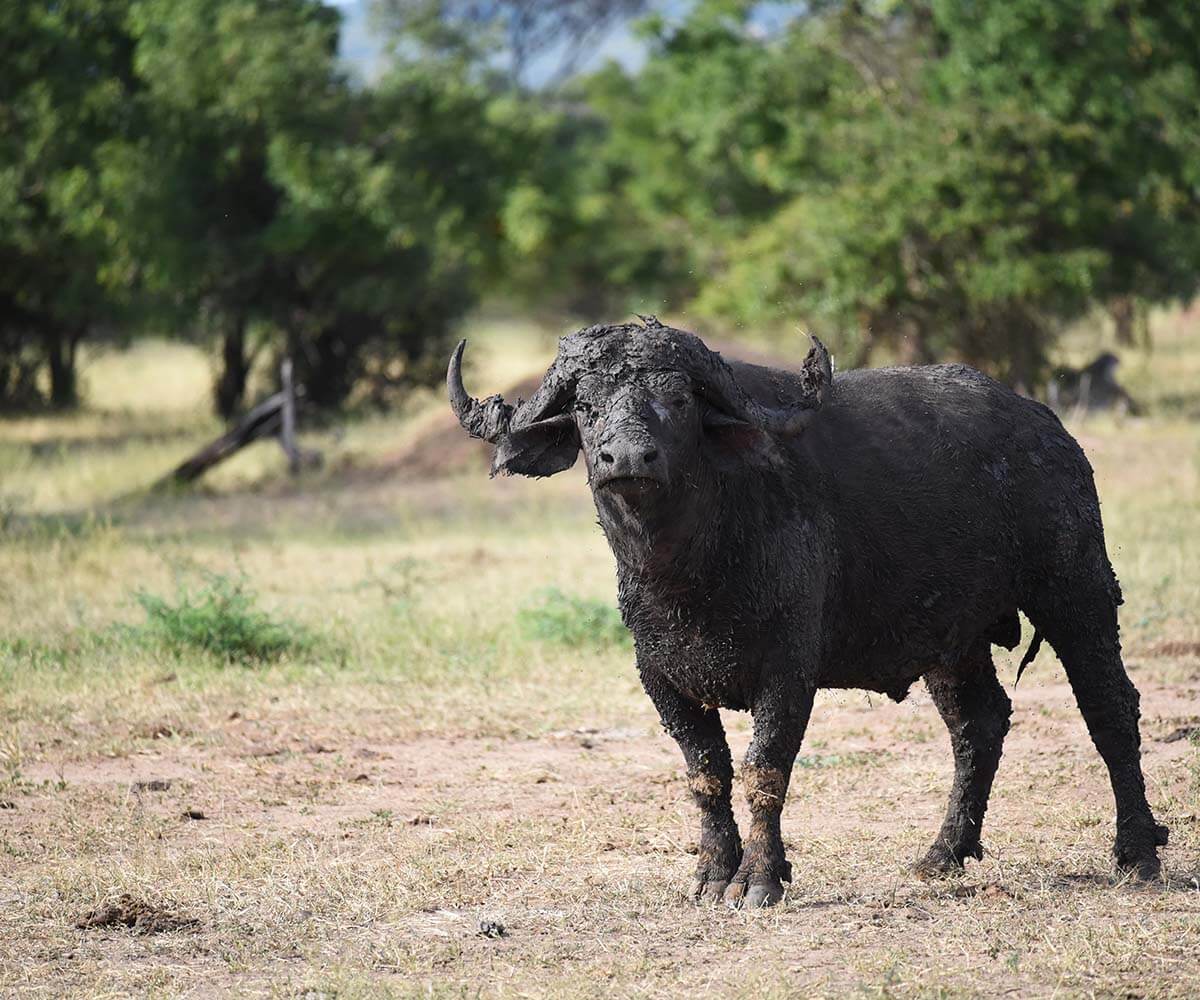 Being opportunistic, this pride of lions thought they would chance their luck and try and grab a meal that would sustain them for a few days.  They had surrounded this lone buffalo with the intent to kill. The bull however, had other ideas. With speed that may come as surprising to most, the buffalo manoeuvred itself numerous times to avoid more than one lion being able to get near enough to it. Using the terrain to its advantage the buffalo cleverly used the nearby shrubs to shield one side of itself from potential attacks.

Whilst this was going on Marc started to film the scene that was unfolding, little did he realise how much traction this video would gain. After uploading it to our YouTube channel Tanzania Odyssey, the video surpassed ten-million views in a matter of months.

Although the lions have numbers on their side, it is quite obvious the buffalo has the wits. It is like watching a game of chess unfold with each side taking turns to try and out-manoeuvre the other.

It is truly fascinating to see and is it possibly questioning the status of the lion as King? Take a look below and decide for yourself