How close have you ever been to a wild cheetah? It isn’t an everyday question, however at Namiri Plains in the Serengeti you can get up close, and at times, very personal to these spotted felines.

The Eastern section of the Serengeti was closed for a number of years to visitors to try and help rehabilitate the dwindling cheetah population, but now after years of successful research the realisation that sustainable tourism is the best option to save these animals, Asilia have been chosen to run the only camp in the area. 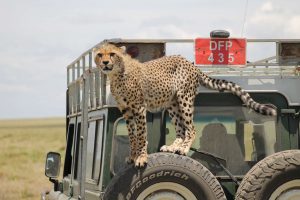 On a recent trip to Tanzania, Marc was lucky enough to encounter plenty of cheetah sightings whilst staying at Namiri Plains. Seeing a kill on safari is a very rare thing and especially from start to end, yet Mar was lucky enough to witness an unprecedented amount of five kills in three days. 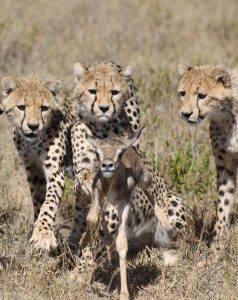 On top of that he also had a very curious cheetah inspect the safari vehicle. Check out the video here: 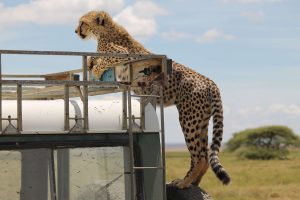 The cheetah sightings were certainly in abundance and beautiful scenes of cheetah cubs with their mother was also a special highlight.

Apart from the thriving cheetah population, the safety provided by the years of research has meant other predator populations have also started to boom. Lion and spotted hyena concentrations are very high in the region.  Marc also saw a lion pride attempt to hunt a lone buffalo bull whilst the safari villain stole the show (and the cheetah’s food) with its courageous and cocky manner. 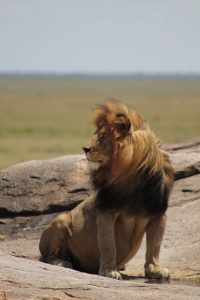 Although April is seen as low season for the Serengeti, Marc has proved our motto that there is never a bad time for a safari. The fact that is was low season meant that the Serengeti had fewer visitors than would normally be expected and although it is generally known as being in the rainy season, not one drop fell!

If this has tickled your tastebuds for an adrenaline fuelled, predator bonanza on safari then contact us now and one of our Tanzania experts will be more than happy to help plan your perfect safari. 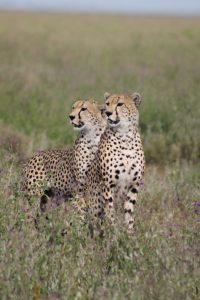 Migration Update from the Serengeti

The Northern Circuit – The Great Migration

The Tazara railway journey from Dar