Today is a day when we celebrate one of the world’s most fascinating animals:the rhino.

With 5 distinct species left across the world, it is vital that people grasp the concept that without tourism, the likelihood of them becoming extinct is multiplied exponentially. 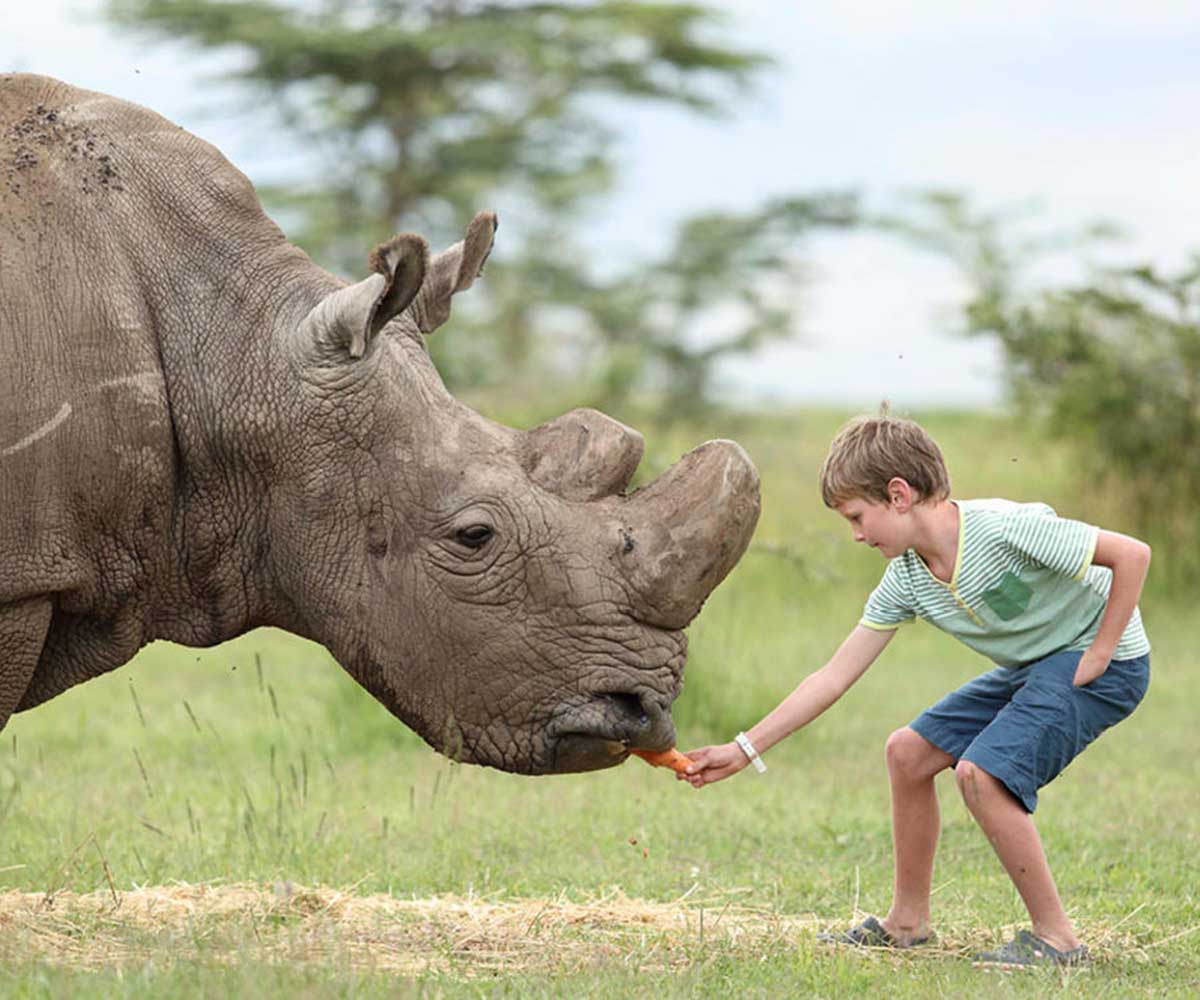 In Africa, we have seen the Northern White Rhino (a sub species of the white rhino) become practically extinct in the last two years and with the world’s rhino population continuing to plummet due to the demand of their horn on the black market, some may think that it is all doom and gloom.

Yet there are glimmers of hope across the continent. 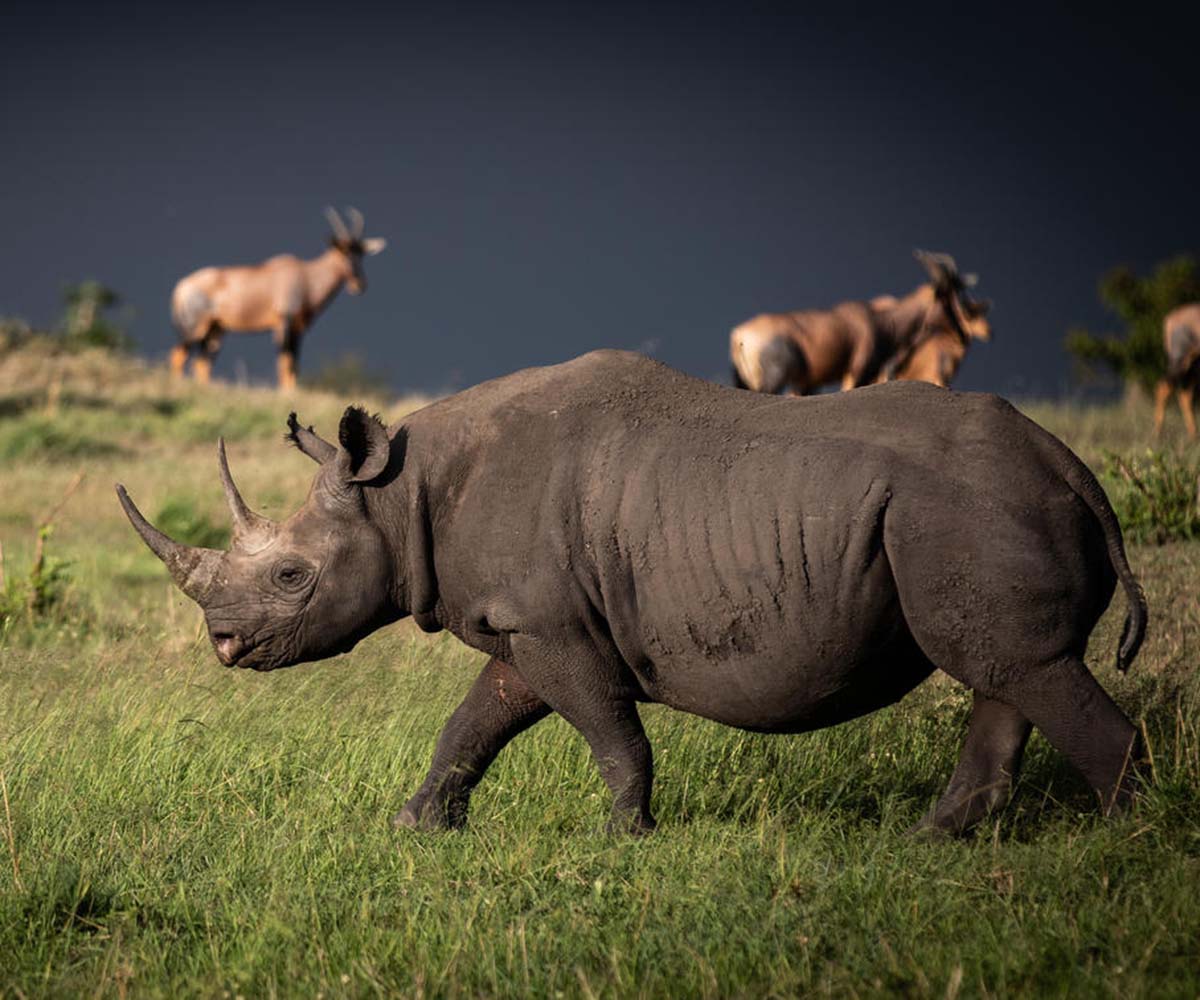 Tanzania has been one of the key countries in helping to secure a viable population of black rhino that can successfully breed and live in the wild.

Notorious for their cantankerous behaviour and rarity, the black rhino is perhaps one of the most sought-after animals on any safari-goers bucket list but ticking off this magnificent beast is no easy task. Preferring dense vegetation, these bulky creatures are often skittish and shy, meaning glimpses and a yearning for more are all you are left with.

Uncharacteristically out in the open. © Asilia

At one point in the not to distant past, Tanzania’s rhinos numbered at a mere 15. Extinct from the Southern Parks of Ruaha and the Selous, the North of Tanzania is now the last stand for the rhino in the country. Through the dedication of rangers, wardens and conservation authorities, not to mention the vital contribution tourism inputs into these areas, black rhino numbers have continued to grow and figures estimate that there are now around 120 individuals, the growth is a success and long may it continue.

The Ngorongoro Crater is now renowned across the world for its black rhino population and its brilliant photographic opportunities it presents. The Serengeti National Park also boasts a good population, however their location is strictly confidential and the full-time, fully armed rangers ensure that no harm comes to the unicorns of the Serengeti. 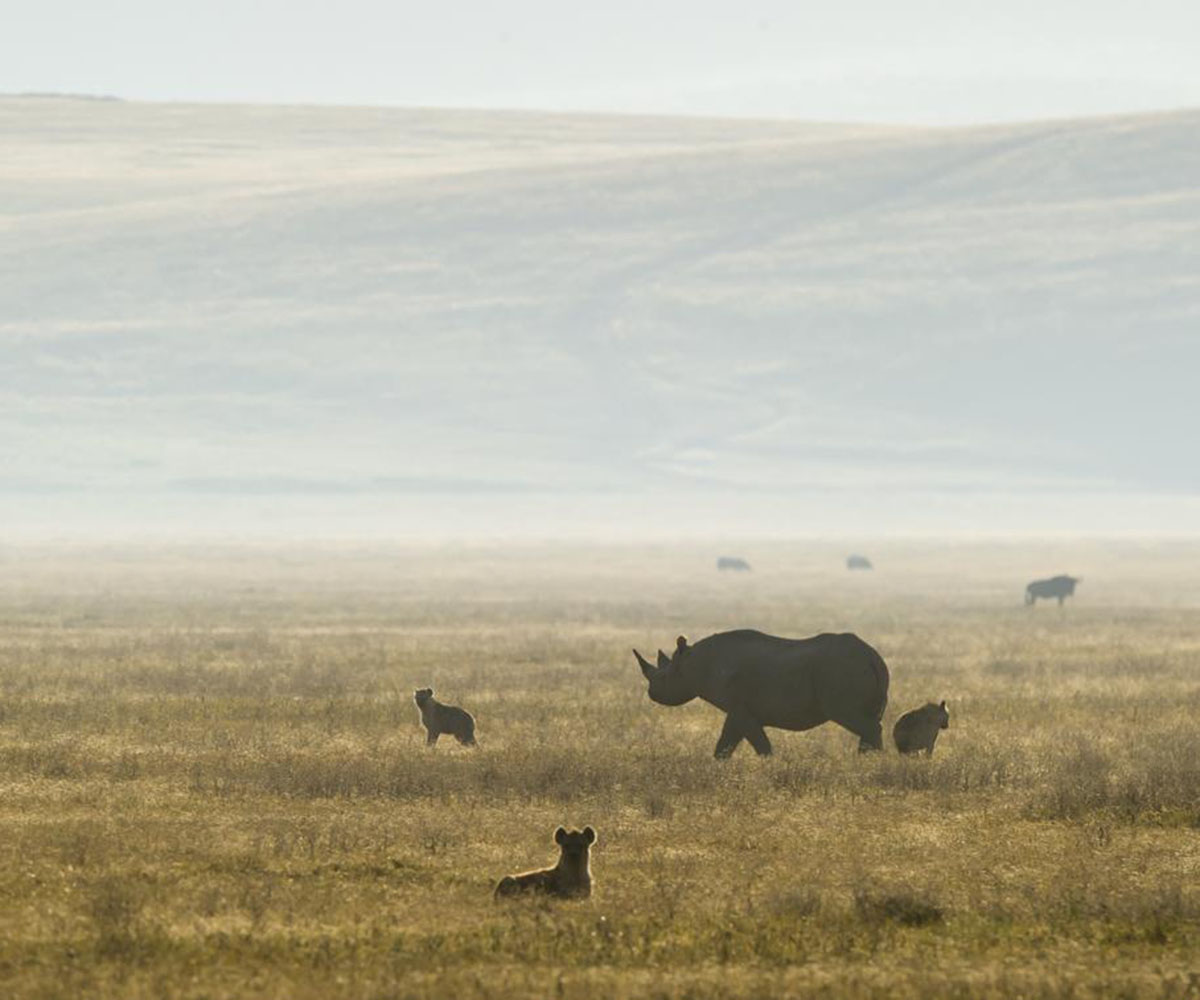 The latest success story, however, comes from a well-known company in the safari industry: Singita. Partnering with the non-profit Grumeti Fund, the successful reintroduction of 10 black rhino into the Singita Grumeti Conservation Area in September 2019 has paid dividends. The news that a calf has been born this year rewards all the blood, sweat and tears that have been given to protecting and relocating these animals.

For every client who has travelled with us, or for those who are thinking about travelling, you have or will be contributing towards the safeguarding of these magnificent animals for future generations. To everyone who has travelled, donated and for those working on the ground working tirelessly to support the rhinos; we at Tanzania Odyssey thank you.

If you would like to learn more about how you can help contribute to the preservation of rhinos, contact us and speak to one of our African experts.