We all had our favourite films growing up, didn’t we? And chances are that your favourite childhood movie was a Disney classic where a hero or heroine achieves something magical with the help of a trusty sidekick.

More often than not too, that trusty sidekick is an animal with a feisty yet lovable personality.

Reflecting on this will undoubtedly bring fond memories of nostalgia but this feeling is then underlined with a twinge of sadness when you realise that many of your favourite animal characters are now on their way to becoming extinct.

At Tanzania Odyssey, we recognise the importance of protecting the environment and work with the African Rainforest Conservancy to provide habitats for hundreds of endemic species.

So, to help others become more aware of the issues the world is facing when it comes to vulnerable animals, we have decided to reminisce on our favourites Disney films and find out which animal characters are the most endangered.

The 20 Most Endangered Disney Animal Characters

We’ve also pulled out the top five most endangered animal characters to highlight their individual plights.

Pixar’s animated film ‘Rio sees the last remaining male Spix’s Macaw, named Blu, fly all the way to Rio Janeiro to meet the last living female, Jewel. The birds, of course, fall in love, have a baby and, ultimately, save their species. All happiness and smiles.

However, no longer just endangered, the Spix’s Macaw is now considered completely extinct in the wild, with only 250 thought to be left in captivity. The International Union for Conservation of Nature (IUCN) officially declared this in 2019.

This sad situation was a result of deforestation causing the species to become endangered and collectors, in turn, became interested in owning one as a result of its status as one of the rarest birds in the world. However, a breeding programme was recently launched and has, thankfully, seen success so we can hope to see numbers of this species increase in the future. 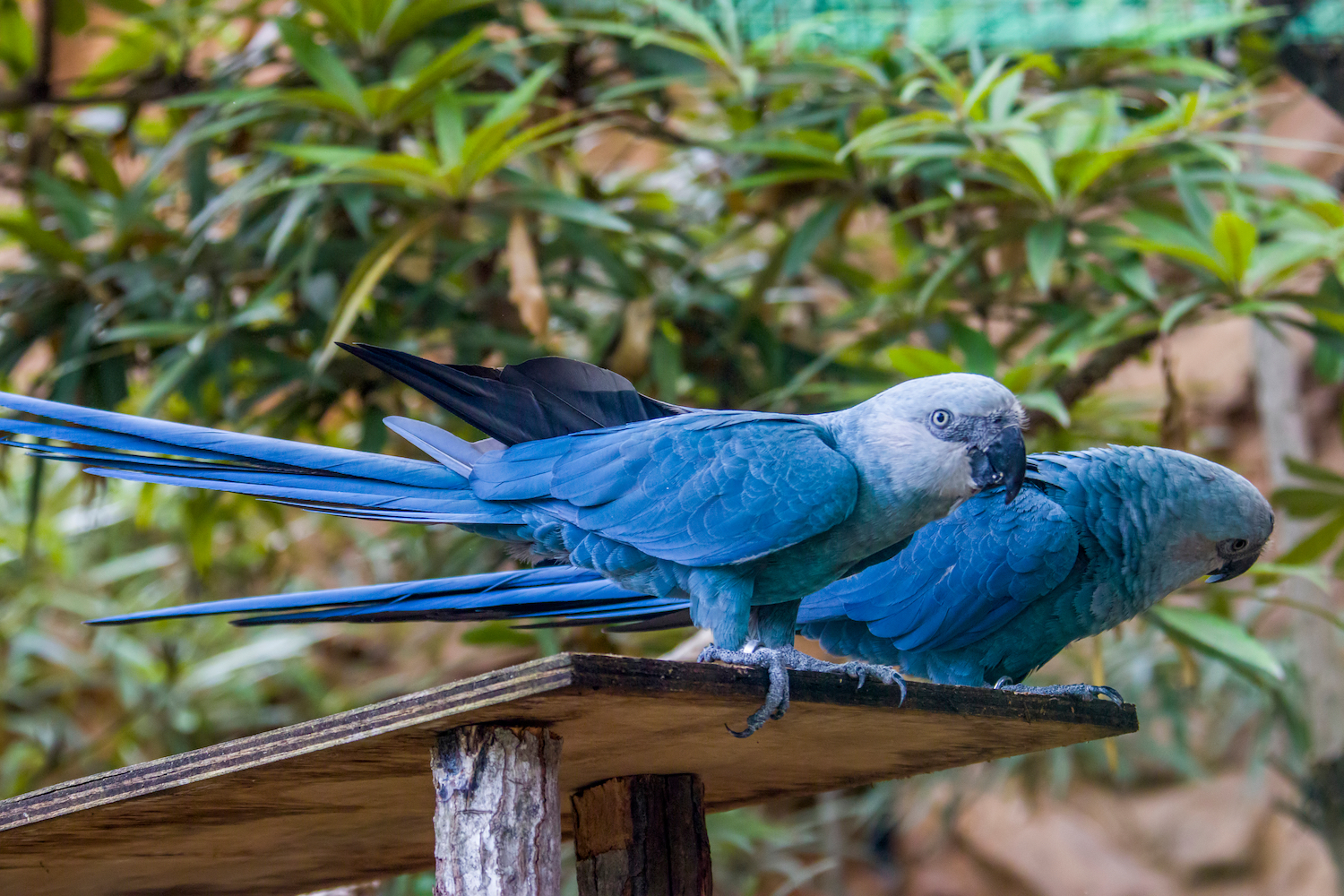 Acting as a ‘big sister’ to Tarzan, Terk is protective and loves to tell the feral child what to do. Despite being a bit bossy, Tarzan knows that this is only because she cares about him – and he, her. A force to be reckoned with, it is sad to see the Grauer Gorilla population struggling at the hands of society.

The species, otherwise known as the Eastern Lowland Gorilla, is ‘critically endangered’ according to the IUCN. And with only around 5,000 individuals left, the largest of all the primates is likely to soon be completely extinct as a result of many factors in the Republic of Congo including deforestation, poaching, civil war and mining.

In fact, since the Disney movie was released in 1999, the species has decreased by around a staggering 30% with the population thought to have been around 17,000 in the 90s. 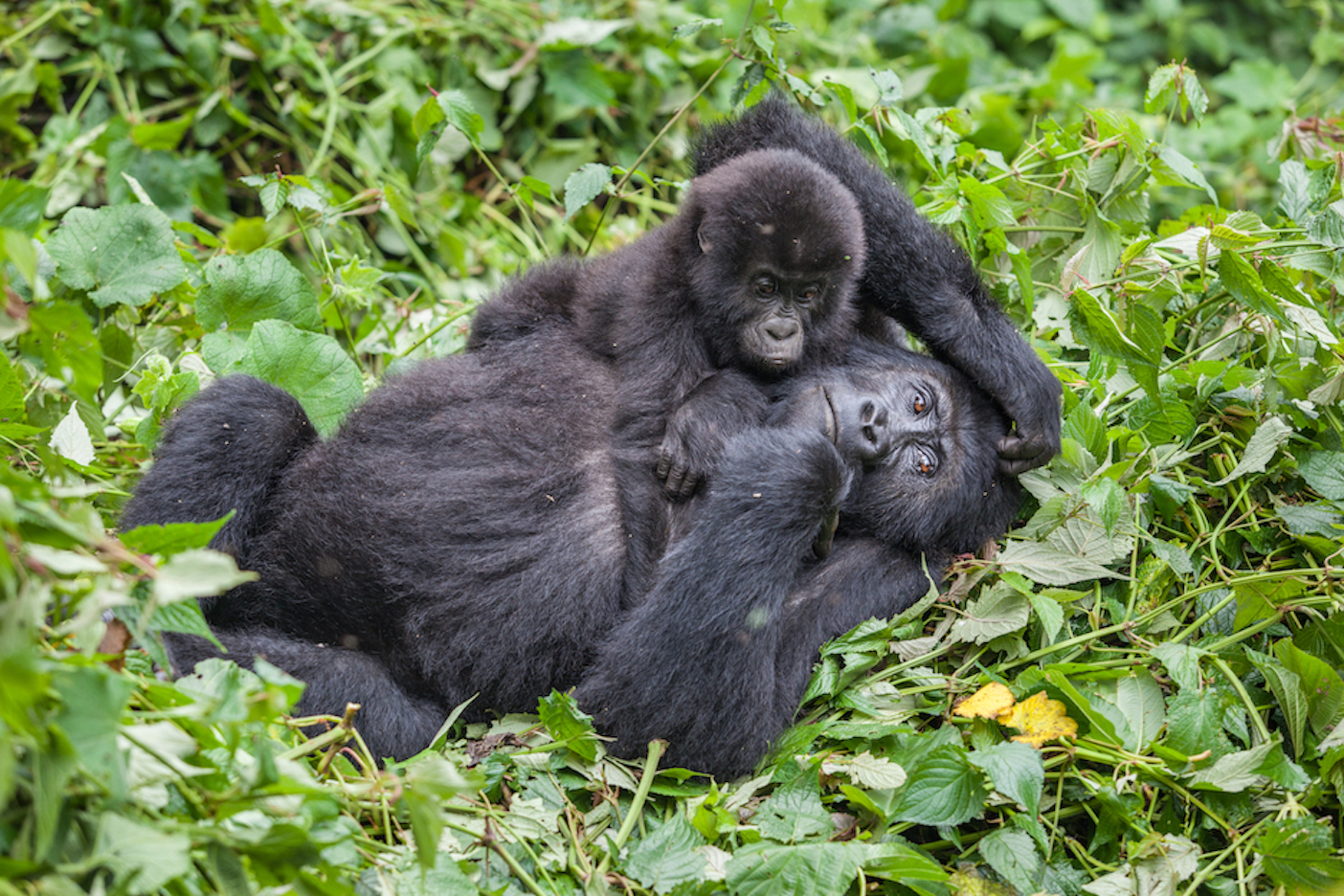 And it appears that Tarzan’s animals have been hit pretty hard when it comes to vulnerability, with Tarzan and Terk’s other best friend, Tantor, also now being classed as critically endangered. The opposite of Terk, the African Forest Elephant character is insecure and easily scared – something that probably isn’t far off how many of the species feel when regularly coming into contact with poachers.

Sadly, the species has suffered a sharp decline over the last 15 years due to a significant increase in poaching, which, although peaking in 2011, still threatens the African Forest Elephant populations. At the beginning of the 1990s, there were thought to be around 700,000 individuals but this number has since dwindled to less than 100,000.

Researchers have admitted that herds now act like hunted populations: never staying in one place for more than 12 hours, hiding during the day and only moving under cover of night. They face constant human pressures, with a persistent demand for ivory and bushmeat meaning that thousands are lost each year.

These beautiful creatures are, thankfully, still living in Tanzania though, and we suggest that anyone who wants to experience their magnificence does so sooner rather than later. 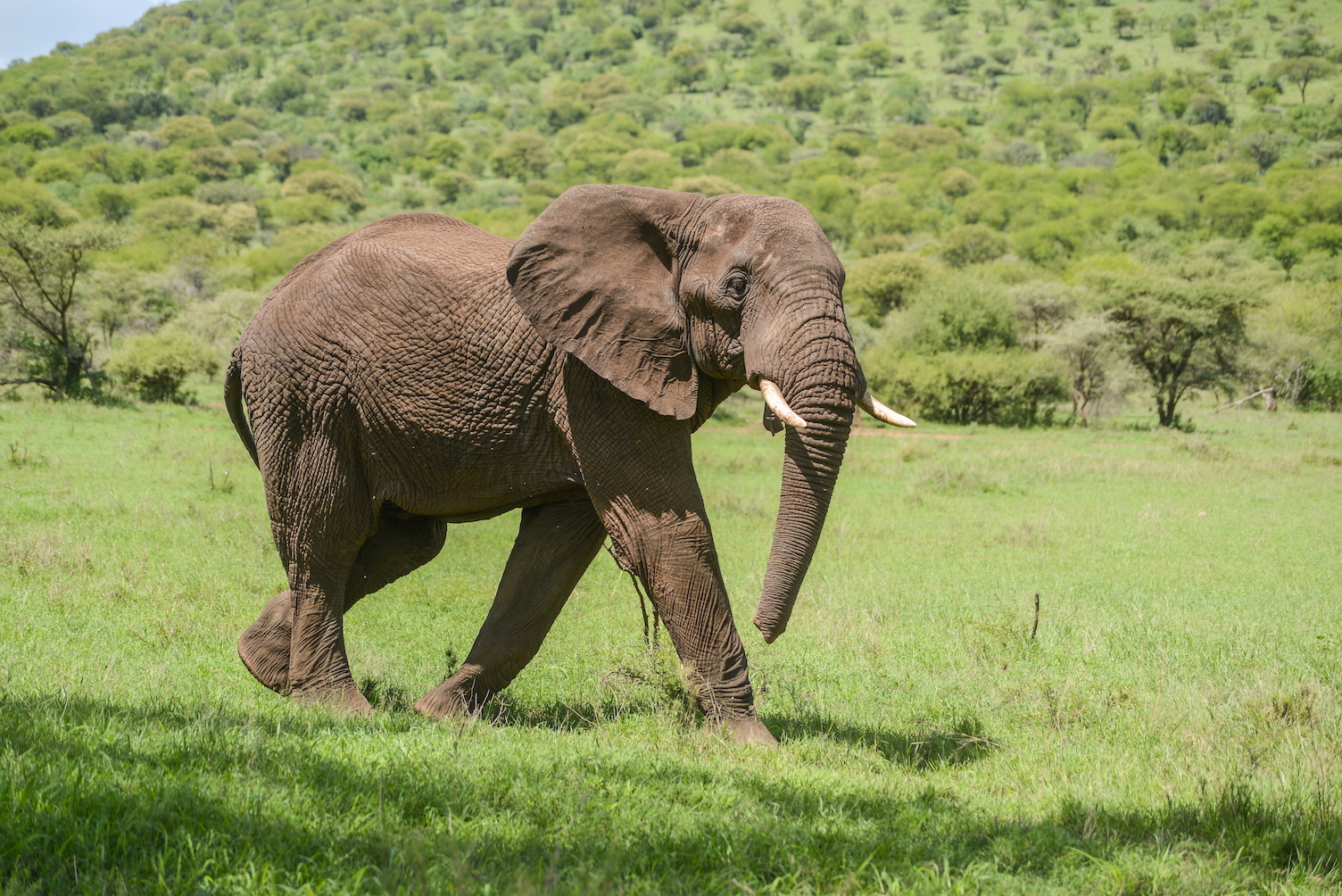 The 1967 Disney film, The Jungle Book, sees a young Mowgli raised in wild by an eclectic group of animals who all disagree on how to raise the boy. One of the animals is King Louie, a rowdy orangutan who was crowned as ‘King of the Apes’. His boisterous personality makes him completely lovable.

However, due to multiple threats from habitat loss, poaching and illegal trade, between 5 and 8 orangutans are killed each day, which equates to between 2,000 and 3,000 lost a year.

Unsurprisingly too, orangutans are not able to reproduce fast enough to make up for the fallen numbers with numbers now dwindling to around 112,000. Since the 1960s, when the film was released, their population has declined by 50 per cent. 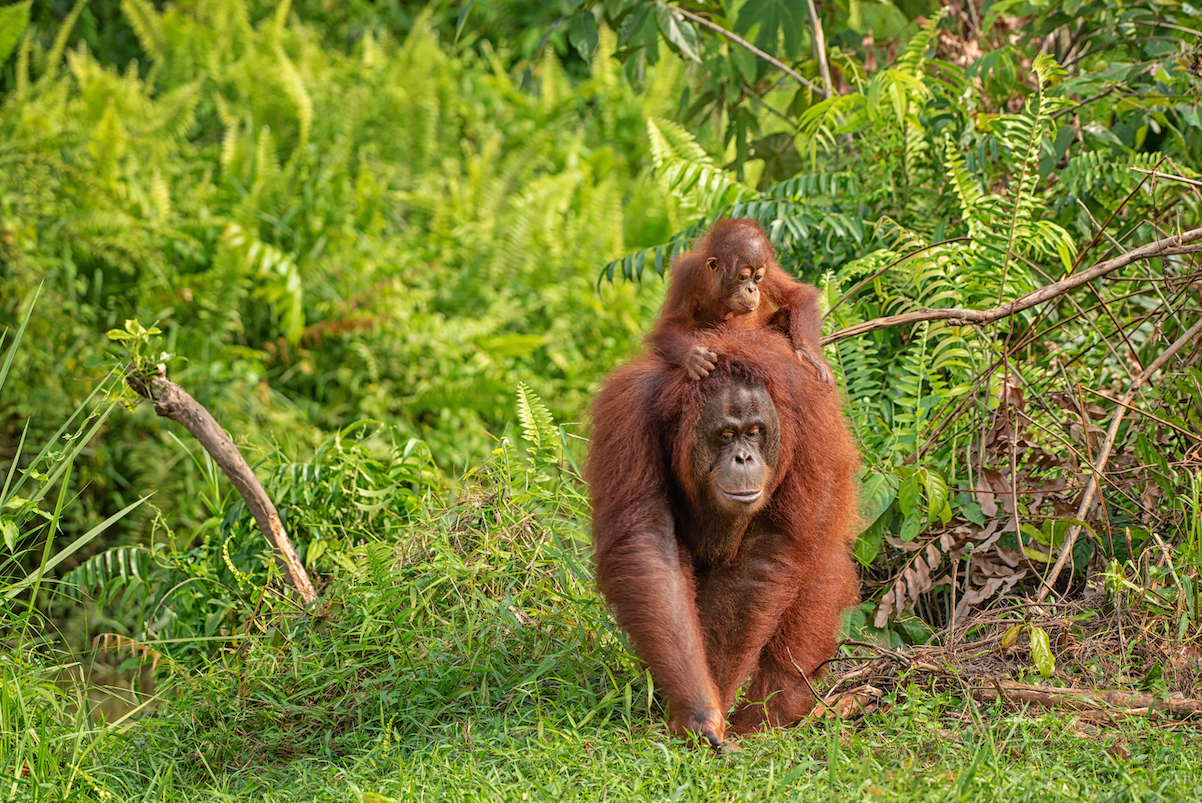 A mischievous monkey, Abu is Aladdin’s loyal partner-in-crime in the 1992 Disney film of the same name. The film follows the young boy’s journey to woo Princess Jasmine with the help of a magical genie – and his little Capuchin friend, of course. But these little creatures won’t be anyone’s partner-in-crime if things carry on how they are.

Although Aladdin is set in Iraq, Abu is a blond capuchin monkey, a species that is endemic to Northern Brazil where it is, unfortunately, hunted for food and kept captive as pets. Another major threat to the species is a loss of habitat, much of which has been converted into sugarcane farms in South America. Blonde Capuchins are classed as endangered according to the IUCN list, despite only 500 individuals being thought of as still living in the wild. 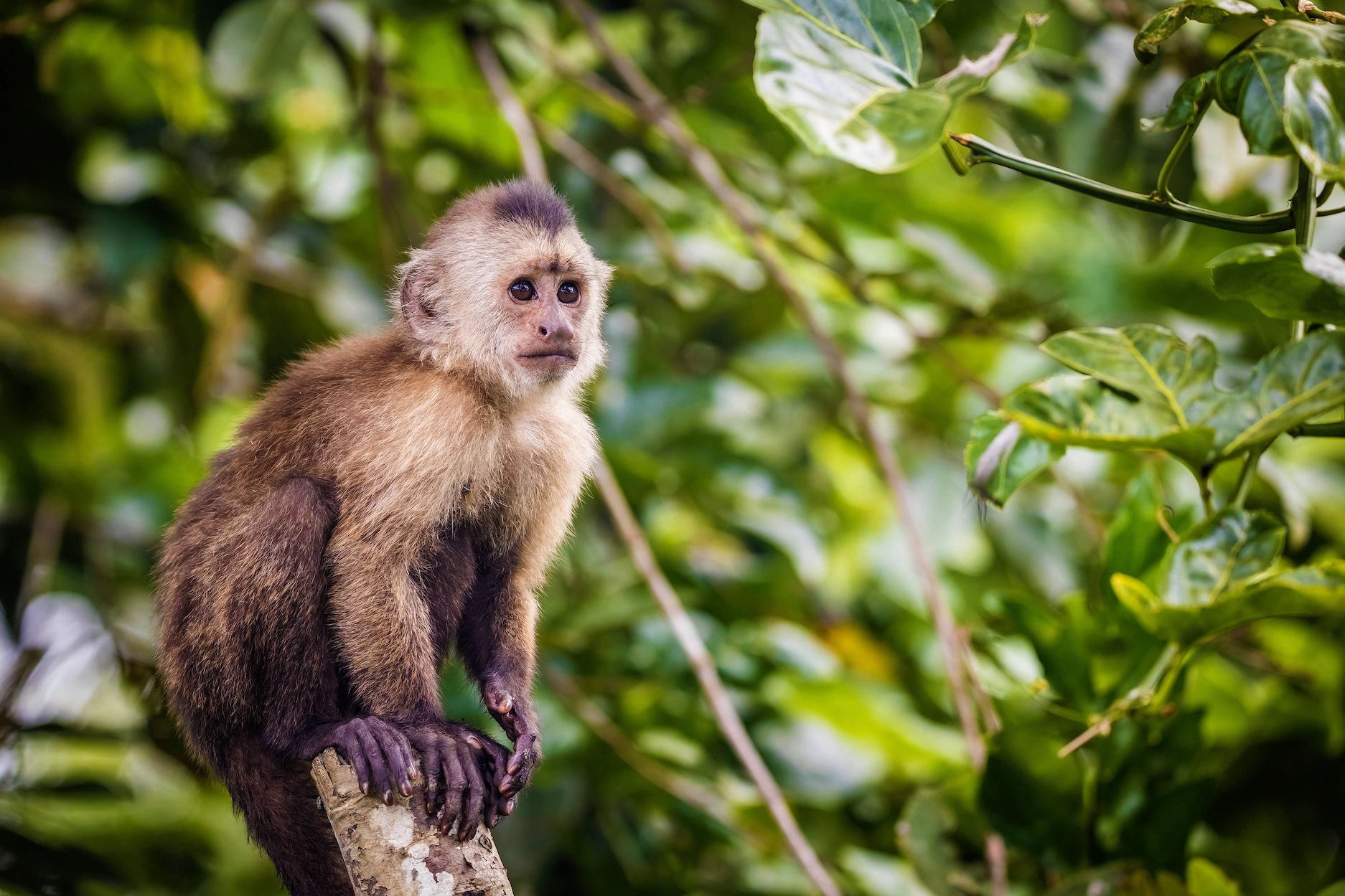 We first collated a list of Disney’s most popular animal characters and matched each of these with the most similar real-life species.

Each species was then analysed using the International Union for Conservation of Nature (IUCN) Red List where a ranking was taken along with an estimated current population.