When the wildebeest migration arrives on the plains of the Serengeti, a time of plenty begins for the predators. It’s basically a big moving ‘all you can eat’ buffet and the drama that unfolds during this time makes for some of the best wildlife sightings. It’s no wonder that this spectacle is on so many safari enthusiasts bucket lists! 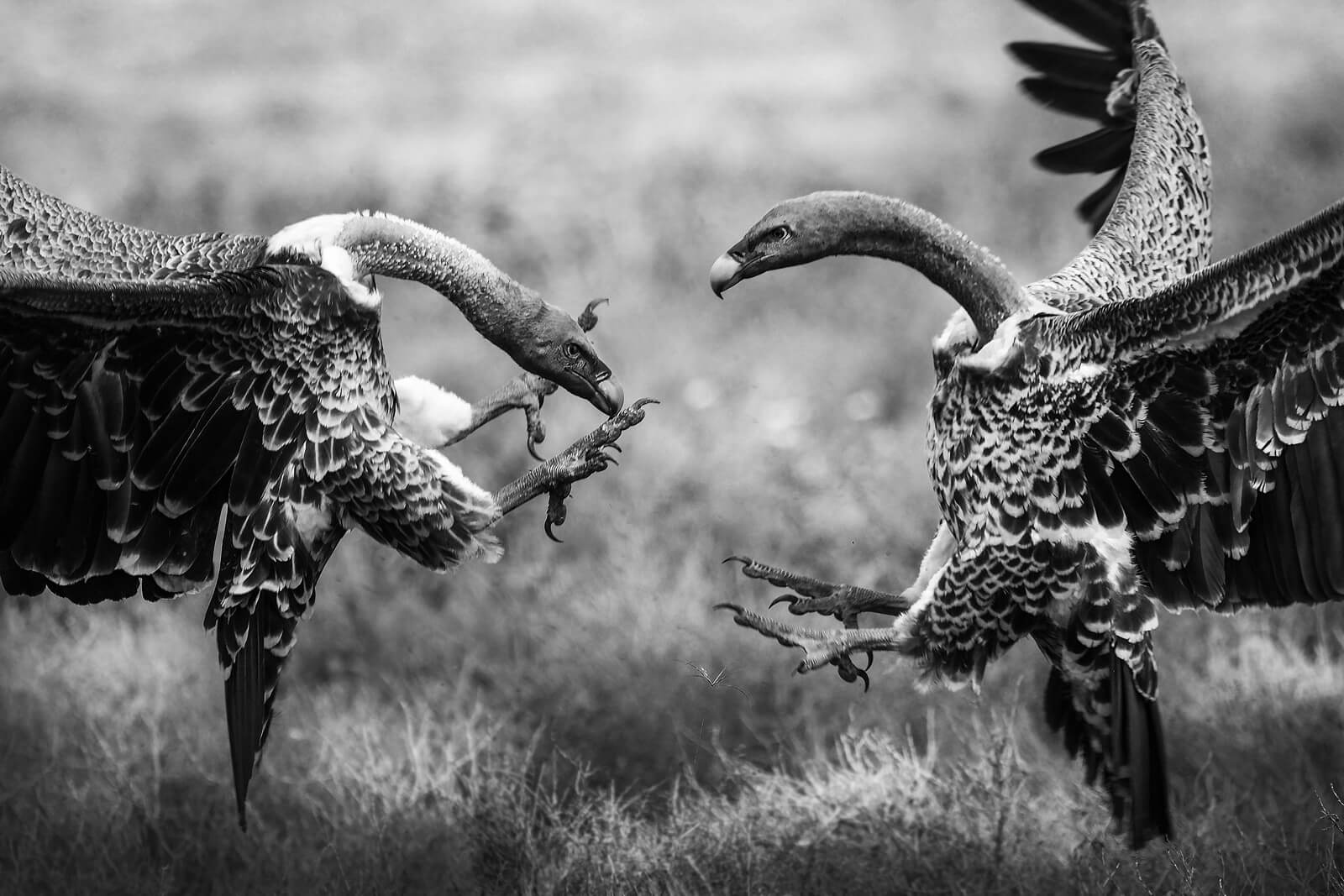 “The survival tactics, the perfectly timed executions and the unexpected escapes are bound to leave any wildlife lover enthralled. However, a certain degree of empathy is also stirred from observing wild animals in their quest for survival, and the raw simplicity of life in the bush is an alluring aspect for many visitors. There are also many lessons to be learnt from the animal kingdom – from trusting instincts and embracing strengths, to working as a team and adapting in the face of adversity.” – Africa Geographic describes the migration in a gallery titled ‘Life and Death in the Serengeti’ featuring a series of powerful images captured by wildlife photographer, Björn Persson.

Here are a few on the photographs that were featured: 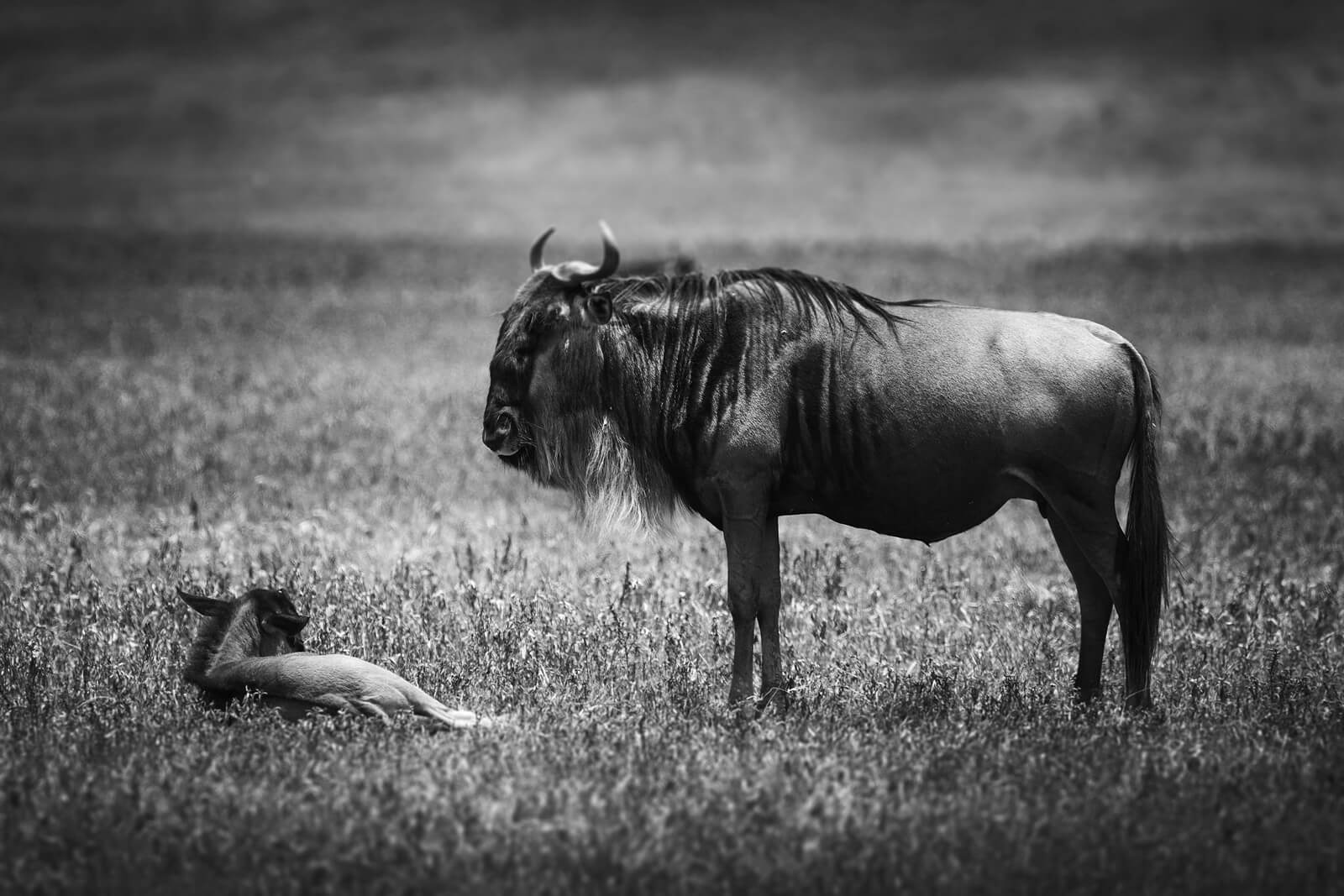 Entering the world as baby wildebeest, odds for survival aren’t great. With predators around every corner, a weak little wildebeest is an easy target. Getting on their feet and walking as soon as possible is their only chance of survival. 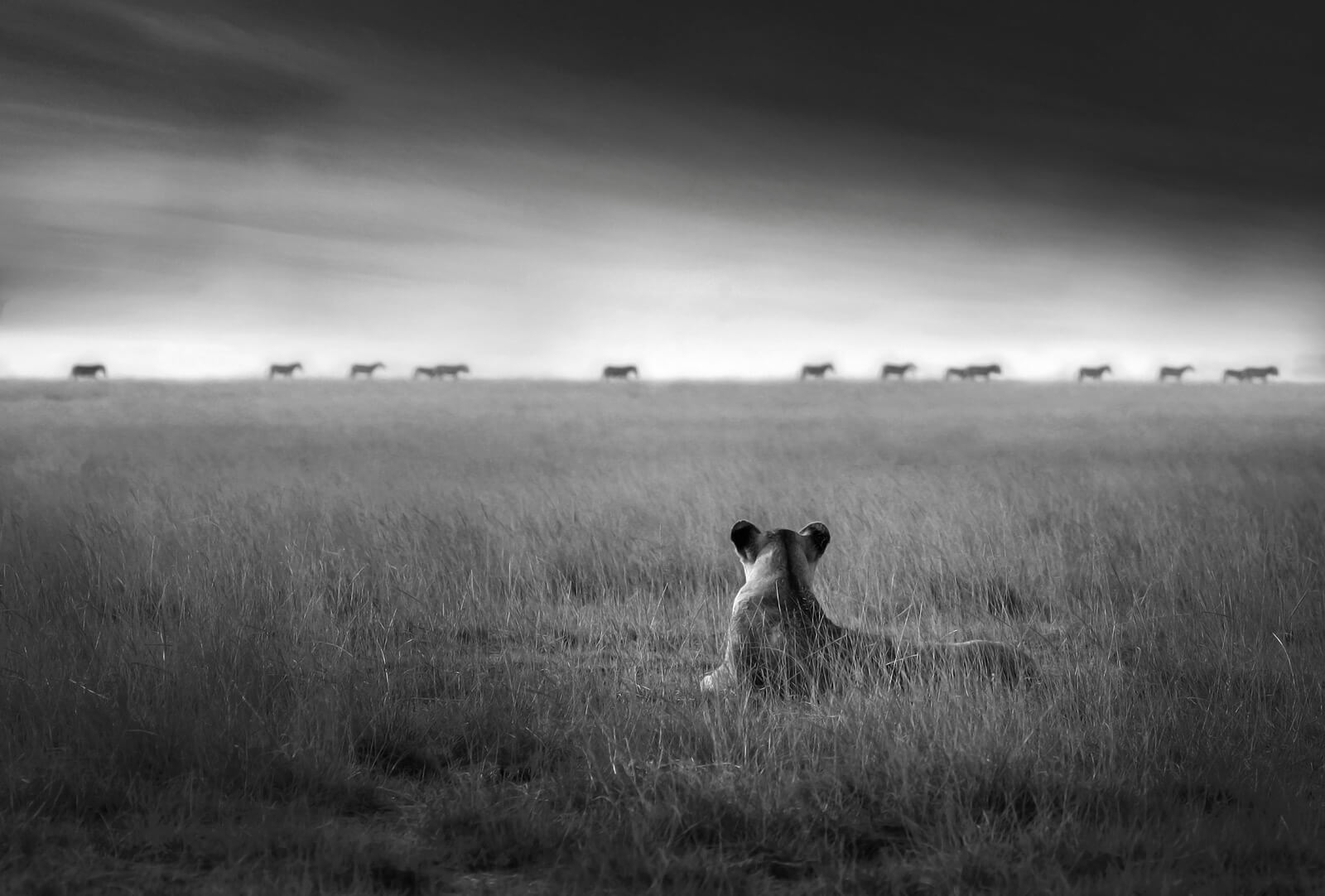 When the calving season arrives, the big cats feast in the Serengeti! During this time, it is vital that they gain weight and store energy for the future when easy meals might not be as abundant. 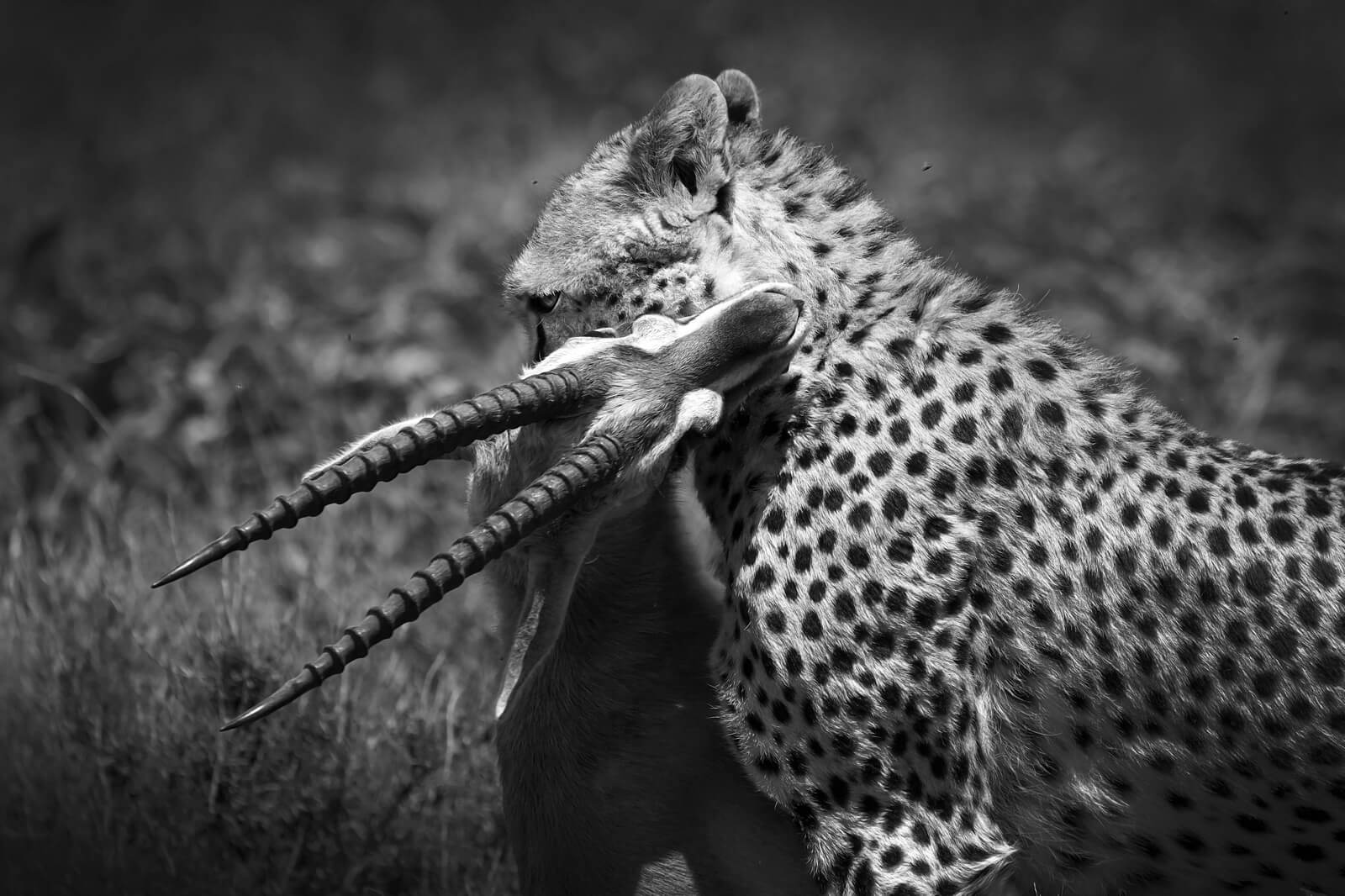 Built for speed, cheetahs have the option of targeting prey that would be more difficult for the other predators to catch. Once they have caught their prey, cheetahs need time to rest but they also have to eat their meal relatively quickly as larger predators often chase the cheetahs off their kill and steal it for themselves. 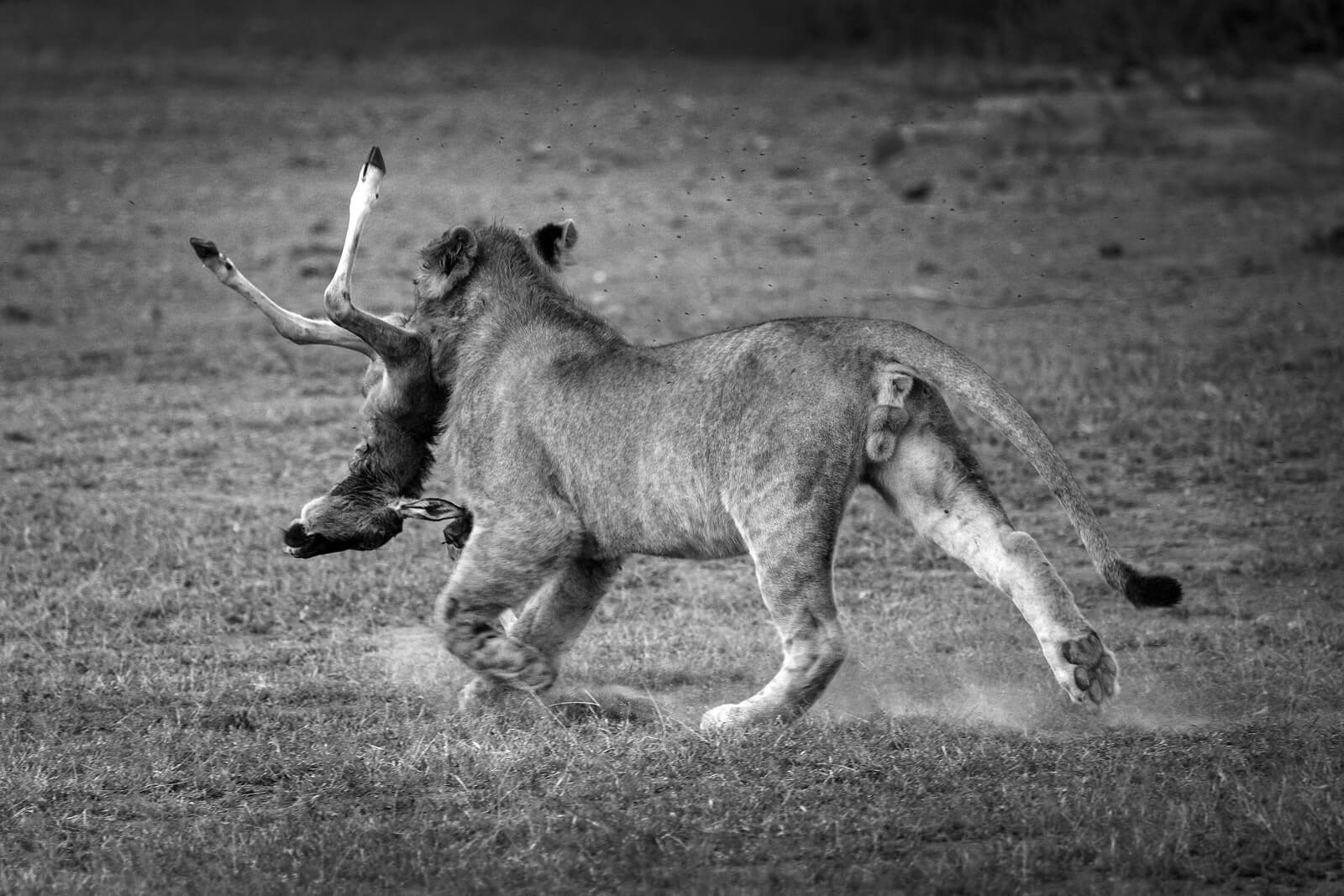 Unlike cheetahs, lions cannot rely on their speed to make a kill and need to carefully stalk their prey until it’s the right time to pounce. Often taking advantage of the cover of darkness, lions usually hunt in groups to increase their chances of success.

Click here to see the rest of the gallery.

If this sounds like your kind of safari experience, then get in touch with us! We consider ourselves to be somewhat ‘experts’ on the topic and can help you plan the best safari possible in the heart of the Great Wildebeest Migration.